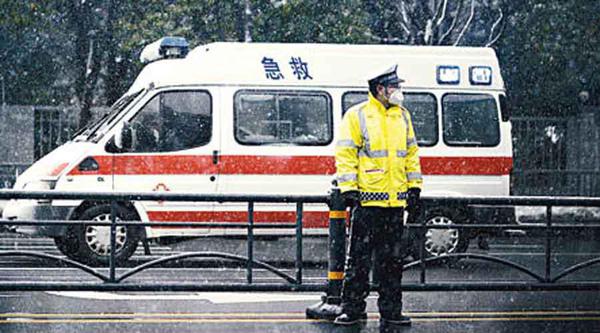 Participants and attendees of the ninth edition of the Dharamshala International Film Festival had to forgo the annual winter delight of assembling to watch and discuss cinema in the festival’s scenic home, resorting like most events this year to a pandemic-friendly online format.

Parting Shots: Uncut Gems and Where to Find Them

In a podcast almost as heady and packed as their latest film Uncut Gems (2019) and cheekily titled “Seduce and Destroy,” after the particular brand of sleazy pickup artistry promoted by dating coach Frank T.J. Mackey (Tom Cruise) in Paul Thomas Anderson’s Magnolia (1999), Josh and Benny Safdie talked to Anderson about, among other things, how their respective films could serve as metaphors for filmmaking with their protagonists appearing as stand-ins for themselves. 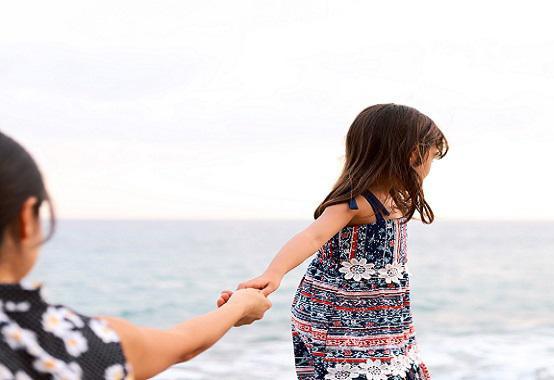 The works of both artists—Munro and Almodóvar—draw in small and big ways from their personal narratives. And so, while the film puts an end to the terrible silence in the mother’s life, offering at long last the possibility of a reunion, these stories from the collection turn on their marvellously evocative title exploring what it is to be a runaway from one’s own mother. “We say of some things that they can’t be forgiven, or that we will never forgive ourselves. But we do—we do it all the time,” Munro writes towards the end of “Dear Life”. We never find out if Antía truly does the same. But one suspects that it is not her forgiveness that the director is after. 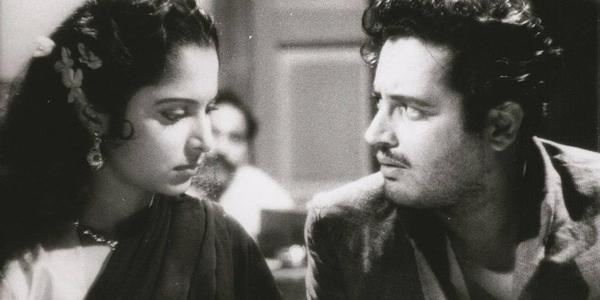 ESSAY: In an interview, actor Waheeda Rehman described an episode that had occurred during the filming of Kaagaz Ke Phool (1959). An extra who had been trying to pacify her crying infant was being cruelly berated for missing work by a senior on the set when director Guru Dutt had chanced upon the scene. 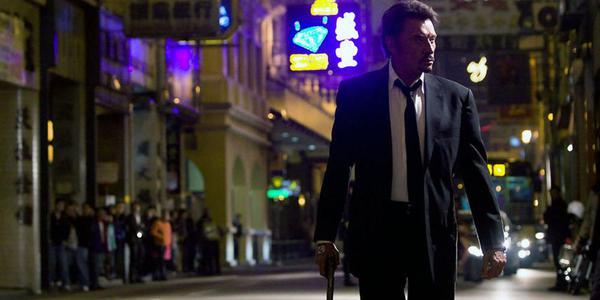 ESSAY: Hong Kong director Johnnie To’s gangster story of violence and retribution has all the usual ingredients: icy hitmen, decisive tests of loyalty, grand showdowns, moody cityscapes…and food. Our aging hero, Francis Costello (French singer Johnny Hallyday), is a chef who owns a restaurant at the Champs-Élysées. And in an early scene, without wasting too much time—a quality that he shares with his director—Costello sets about displaying his culinary skills. 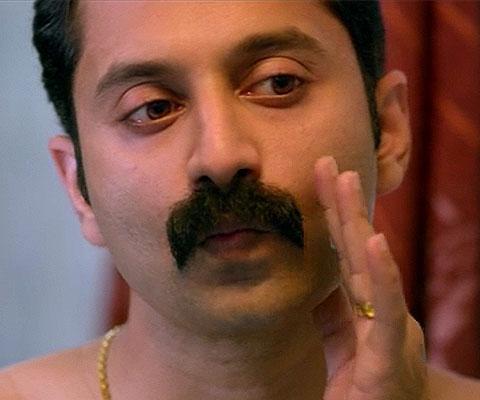 REVIEW: The first time we see him in Madhu C. Narayanan’s Kumbalangi Nights, Shammy (Fahadh Faasil) is trimming his abundant moustache, looking admiringly at his own reflection in the mirror and calling himself ‘the complete man’. In this film about men and the contending representations of masculinity, facial hair understandably plays an important role. 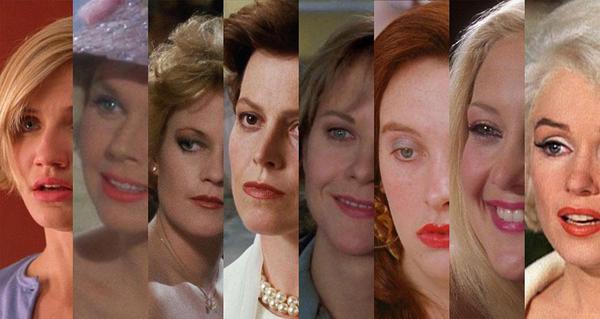 Genre, Women and the Romantic Comedy: An Interview with Elizabeth Sankey

INTERVIEW: Elizabeth Sankey’s Romantic Comedy, which recently premiered at the International Film Festival Rotterdam (IFFR), is a documentary analysing the pitfalls and charms of the genre of the romantic comedy. A delightful and engaging work, the film also happens to mark the coming together of the realms of the serious with what is widely regarded as the non-serious. 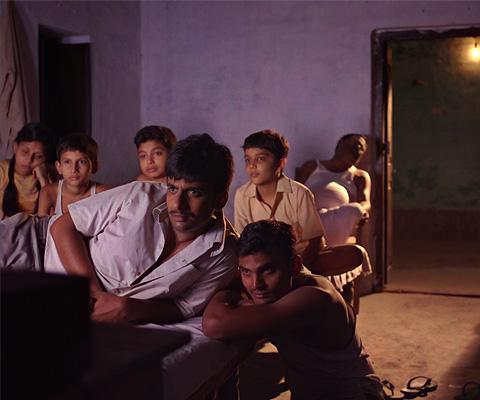 REVIEW: In an interview late last year, the first-time director spoke of early attempts at discovering his calling, his persistent interests in photography and writing and how films ultimately proved the perfect amalgam for them. There were talks of the need to move with the times and village homes all around his own near Darbhanga in Bihar were starting to be modernised. 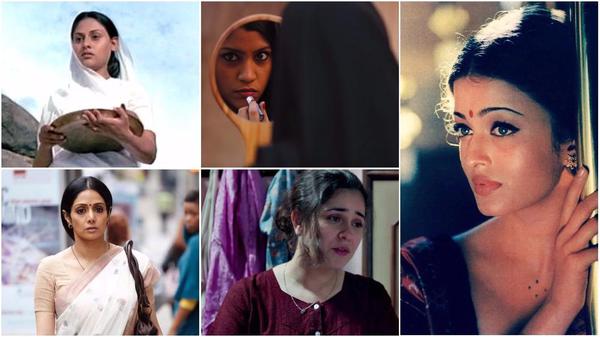 Sholay's Radha to Shashi in English Vinglish, Indian cinema has largely denied its women the right of choice

ESSAY: So many Indian films have hinted at the possibility of freedom, hope, love and happiness for female characters stuck in desperate, unhappy situations but have stopped short of an all-out breaking away from those binding circumstances. 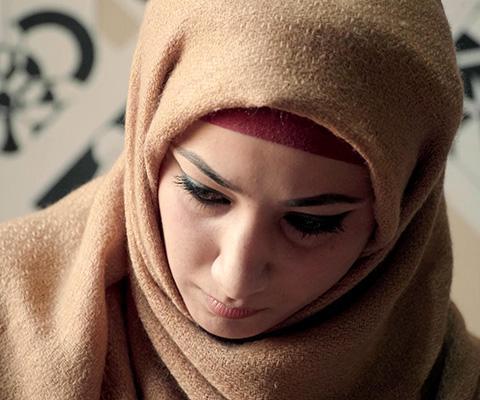 Art in Conflict, Conflict in Art

INTERVIEW: “When you paint burning chinar leaves and the smoke, it gives a very beautiful effect. Especially in water colours,” says painter and teacher Masood Hussain in Raqs-e-Inquilab (Art in a Time of Conflict). It is a striking and yet wistful moment that powerfully encapsulates the film’s central theme—the coming together of art and strife, of the beautiful and the bleak, of the created with the real, of life with death. 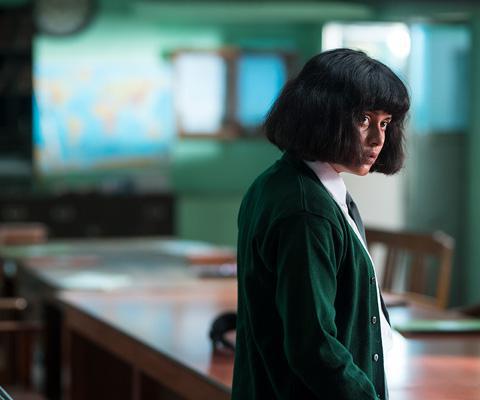 When the Cat’s Away

INTERVIEW: Loneliness and loss, the ways in which people perceive absence, and the choices that emanate from them are some of the themes filmmaker Sudipto Roy explores in his new film Kia and Cosmos. Truth and its potentially harmful and liberating qualities as well as the struggles of modern single parenting, the changing notions of family, the emergence of unlikely friendships, and the affirming nature of unusual and unusually-conducted social interactions are all deeply considered in this gentle and confident debut feature. 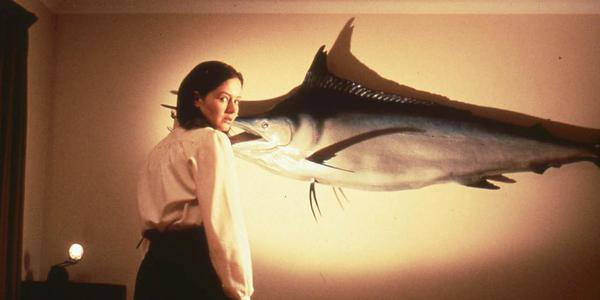 Fish-Men and Lonely Islands: The Films of Shirley Barrett

ESSAY: Australian writer-director Shirley Barrett’s latest venture, a screenplay-turned-novel titled Rush Oh!, is about the fascinating and true story of an inter-species bond that grew in the early 1900s between a whaling community in the coastal town of Eden and a pod of killer whales. Every year, the whales returned to help the whalers trap their prey and share in the common loot. In an interview, Barrett describes how she came upon the story one particular rainy day during a beach trip to Eden. 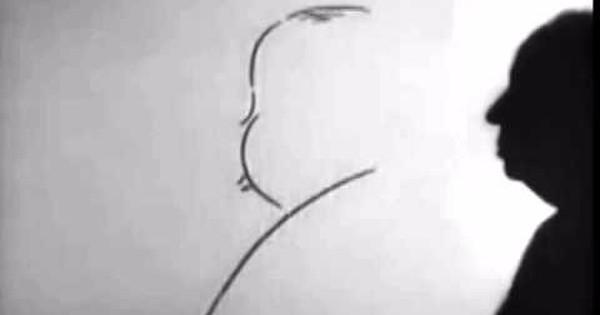 Look in the mirror with Hitchcock and Woody

ESSAY: Film history is full of examples of actors and movie stars fixating upon their on-screen images (the latest example is the Shah Rukh Khan starrer Fan). Filmmakers, however, have perhaps had more creative ways to hold up mirrors to their similarly narcissistic artistic selves – methods that have been somewhat intrinsically woven into their very own brand of cinema. Here are two of the best-known examples. 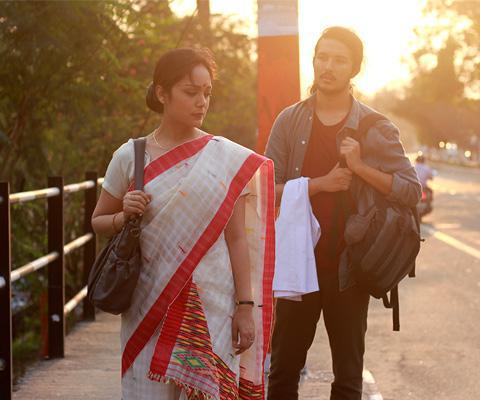 INTERVIEW: Bhaskar Hazarika has spoken about how it was the sight of two people eating KFC chicken and the sense of their tacit connection forged through the food that first gave him the idea for Aamis, his second Assamese-language feature which premiered at the Tribeca Film Festival earlier this year. 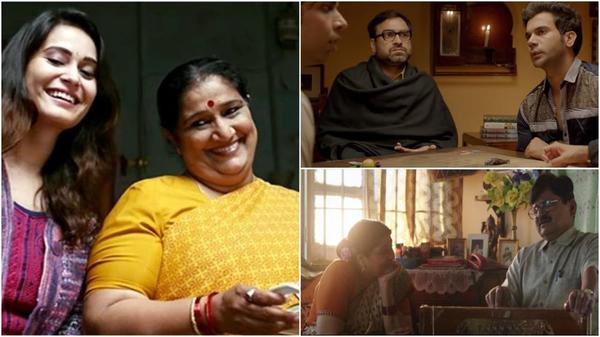 ESSAY: There is the young man in Chanderi who runs a business of ready-made clothes which would have taken off had it not been for his best friend’s tailoring genius. There is also the recent retiree from Kanpur who had once travelled to Mumbai with hopes of becoming a singer but had ended up spending the last 30 years of his life working as a railway announcer in the city. And then there is the middle-aged woman in Bareilly who frets about her daughter’s marital possibilities but also leaves those worries behind at home each day to teach at the local primary school. 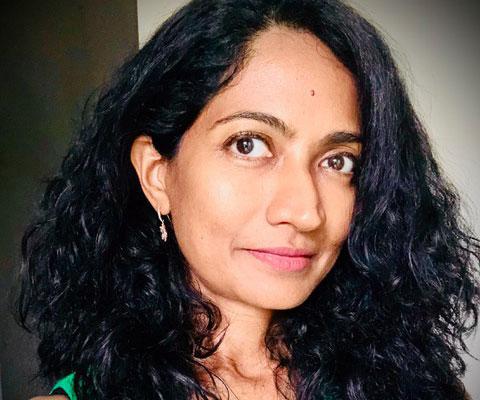 INTERVIEW: Stateless in India is a documentary that examines the human cost of preparing the National Register of Citizens (N.R.C.) in Assam. The film aired on Channel News Asia last month and is part of ‘Insight’, the channel’s ongoing investigative series on Asia. It combines analysis by experts, who weigh in on the intentions and impact of both the unwieldy NRC exercise and the recently-passed Citizenship Amendment Act (C.A.A.), with a close look at the facts on the ground. 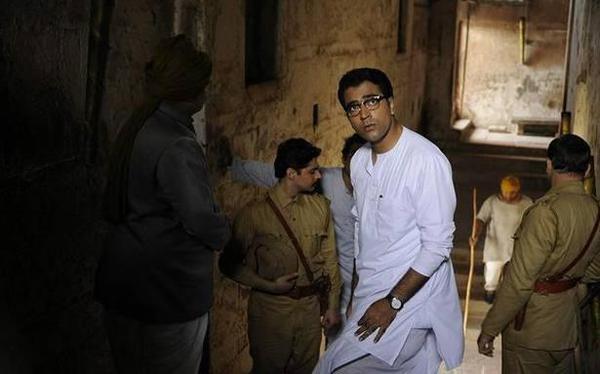 A new detective joins Feluda and co in Bengali cinema

FEATURE: In one of the most iconic character introductions in Indian cinema, Jatayu (Santosh Dutta) tells Feluda (Soumitra Chatterjee) that he looks a lot like Prakhar Rudra, the fictional hero of the wildly successful detective stories Jatayu writes. 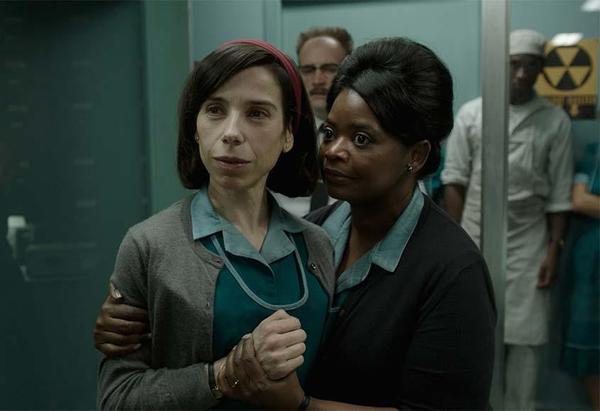 ESSAY: That powerful white American is a certain kind of man — a colonel who buys a Cadillac at first glance, prefers his women silent, believes the Lord is white and male, tortures ‘The Asset’ with an electric cattle prod he proudly calls a ‘dingus’, and pees with his hands on his hips, choosing to bestow the sight of this splendid act on two unsuspecting women. All of this is, of course, part of an elaborate display of power, one that in the Cold War era is aligned with national identity. 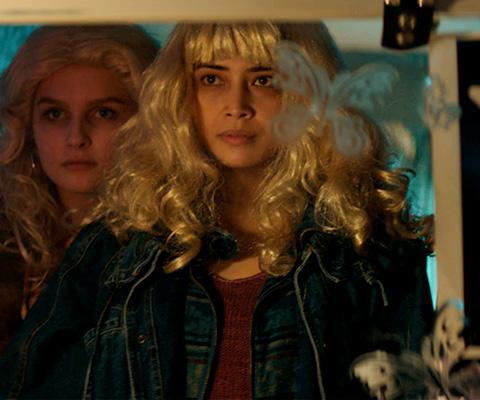 REVIEW: The path to the American dream is paved with nightmares in Indian-American filmmaker Sonejuhi Sinha’s Stray Dolls, which premiered at the Tribeca Film Festival 2019. A moment stands out early on in the film. Una (Cynthia Nixon), the Polish owner of a motel in Poughkeepsie, is introducing Riz (Geetanjali Thapa) to the cleaning job she has just offered her. 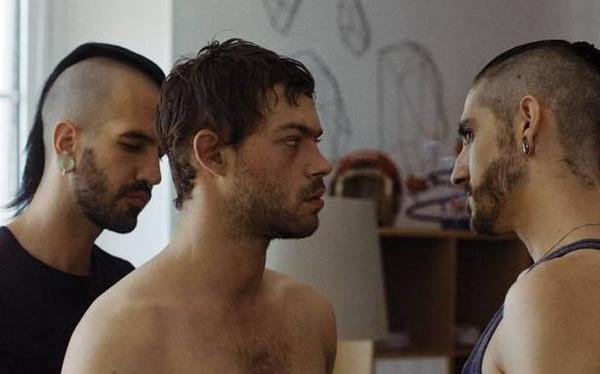 At the end of the rainbow: The 10th Kashish Mumbai International Queer Film Festival

FESTIVAL REPORT: The tenth edition of the Kashish film festival took queer cinema beyond film screenings with a firm vision on life after Section 377. For ten years, short film packages have traditionally constituted an essential part of Kashish Mumbai International Queer Film Festival’s programme. While some of them have been wondrous and powerful cinematic gems, the abundance of shorts also points to the continuing difficulties of acquiring money for feature-length queer films.
Load More Articles
Close ✕